Benchmarking Excel Generation In Ruby And How To Avoid Background Jobs Memory Explosion! 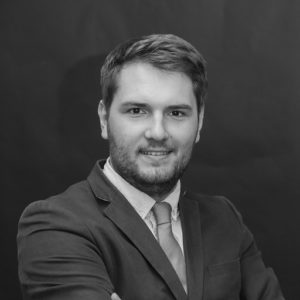 My name is Frantisek and I am a committed engineer @PerAngusta. This story is about how to overcome huge memory usage by Ruby Excel spreadsheet exporters when dealing with massive data.

Until then, we were using the amazing gem called caxlsx for generating Excel files from our database. It is a very customizable library that helps you create nice and clean Excels spreadsheets from a data collection.

The origin of the problem was that caxlsx was keeping all data and file in memory, before saving it to disk.

Even if these situations happened rarely enough to handle it manually, we had to take action.

To solve our technical problem, we though about IO streaming. I dug deep in articles and documentations to find two gems that suited our needs: fast_excel and xlsxtream.

Implementing both of them was pretty much easy, the big question though was which one is the most efficient? It was now time to make some benchmarking. 😍

You can find at the end of the article the gist I used to benchmark the 3 gems I had. The results speak for themselves. What I was the most astonished is the difference gap between the gem we actually use and the two others.

Benchmarks ✅, but what about functionalities?

When you decide to switch from a library to an other, the main question remains always the functionality one. In this case my question was:

Is one of these two gem replacements functional enough for our end need?

I have made some comparisons of those 3 gems and here they are in a form of a table.

As you can see, I was pretty much confident to move from caxlsx to fast_excel. The only thing that was unable to reproduce was hyperlinks with different content than the link itself. However, you can make links in Excel with formulas, so I had a workaround.

After these pretty successful benchmarks, it was time to implement fast_excel and here is how the Sidekiq worker looked like. I have set the Sidekiq concurrency to 5 and tried to launch 6 exports. As you can seen I have first tested my solution, that worked fine. Then I rolled back to the current state and tried the same. This time I have not been able to export all of them. Then I deployed the feature again and tried to push the limits harder. Everything was still flat.

🍒 on top, when deployed in production, we managed to export 1.5million of records in a single excel with dozens of columns SUCCESSFULLY!! 🔥 The file weighted 1Go but the export process had no problem.

Here you can find the whole benchmark script I have performed.